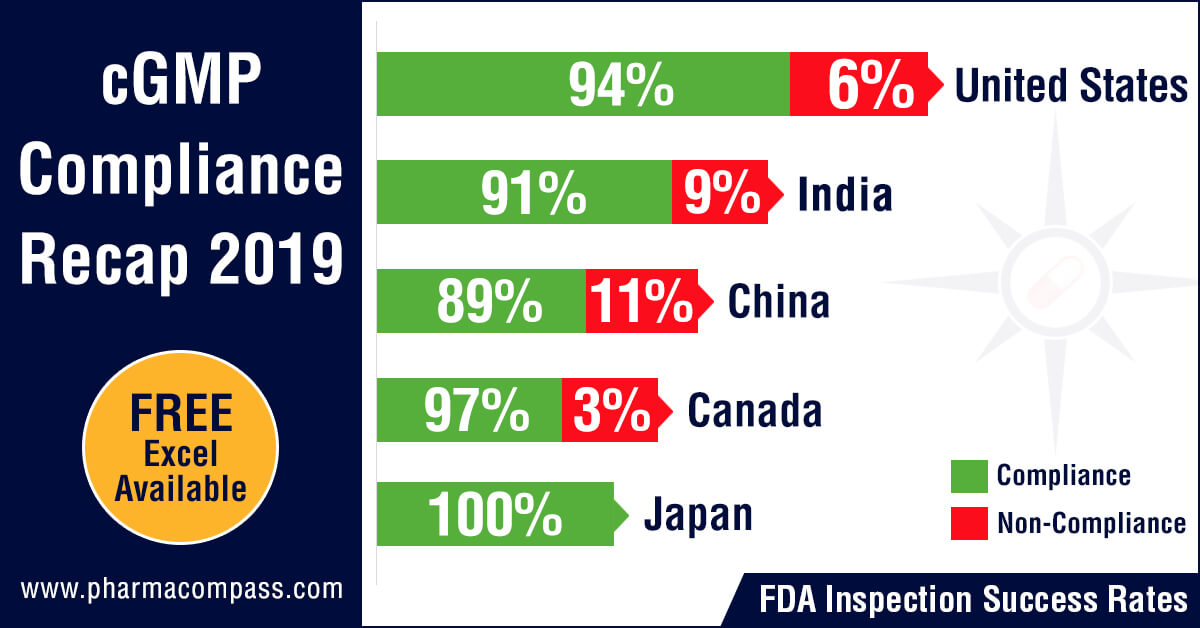 In 2019, concerns over quality of medicines continued to dominate news headlines. The ‘sartan’ recall saga, which was triggered in July 2018 after the European Medicines Agency (EMA) began reviewing medicines containing valsartan, for the presence of the carcinogenic impurity N-nitrosodimethylamine (NDMA), continued well through the year and had a major impact on the global pharmaceutical industry.

In 2019, French drugmaker Sanofi announced it would recall popular heartburn medicine Zantac in the United States and Canada, after medicines containing the active ingredient ranitidine were also linked with the presence of NDMA.

In Spain, a drug mixup caused children to develop a form of werewolf syndrome (a rare and curious condition that causes excessive hair growth) after they were given a wrong medication to treat heartburn.

Swiss drugmaker Novartis battled data manipulation allegations involving its US$ 2.1 million gene therapy Zolgensma and a new book titled ‘Bottle of Lies’, by investigative journalist Katherine Eban revealed how quality and efficacy of generic drugs is being compromised by companies in India and China, the two main countries that produce these drugs for the US consumer.

PharmaCompass reviewed the FDA and EDQM’s inspection statistics for the calendar year 2019 and found that the FDA’s Drug Quality Assurance division conducted 1,138 inspections with 2,280 inspections being performed by the member states of the EDQM.

The FDA was the most active in the United States with 478 inspections followed by India where the inspection count was 193 and then in China where the count stood at 117.

A US Government Accountability Office preliminary analysis of FDA data revealed that from fiscal year 2012 through 2016, the number of foreign drug manufacturing establishment inspections increased. However, from fiscal year 2016 through 2018, both foreign and domestic inspections decreased—by about 10 percent and 13 percent, respectively. FDA officials attributed the decline, in part, to difficulty in filling jobs abroad and on the paucity of inspectors.

While the FDA is actively working on increasing the number of inspectors, according to FDA officials, it could take two to three years before the new staff is experienced enough to conduct foreign inspections.

There are more warning letters expected as Form 483s issued after inspections at the facilities of Sun Pharma, Cipla and Lupin continue to reveal problems.

The Form 483 issued by the FDA, following the inspection at Sun Pharma’s Halol facility, highlighted that Sun “failed to establish and implement controls which ensure data integrity” while Cipla’s finished pharmaceuticals manufacturing facility in Goa got classified as Official Action Indicated (OAI) by the FDA following a September 2019 inspection in which the FDA investigators had issued a 38-page Form 483.


Regulatory actions lead to potential supply disruptions into US

In 2019, Pfizer announced that two manufacturing sites in India, which it had acquired through its US$ 17 billion acquisition of Hospira, will cease manufacturing operations. The sites located near Chennai (Irungattukottai) and Aurangabad employed 1,700 people.

Firms like Vital Laboratories and Alchymars ICM SM Private Limited, which had been issued warning letters in the past, were placed on import alert by the FDA.


Concerns over operations at firms responsible for valsartan recalls

The FDA and EDQM both raised concerns over the operations at Lantech Pharmaceuticals Limited, a firm which undertakes contract solvent recovery for valsartan API manufacturing operations. Solvents recovered by Lantech and samples collected from Lantech’s equipment were found to contain mutagenic impurities.

Inspections at Lantech revealed that the firm failed to implement a procedure for investigating unknown peaks in recovered solvent chromatograms observed during analytical testing — an oversight which had led to the cancer-causing impurities not being detected in the ‘sartan’ APIs.

The FDA also raised data-integrity concerns at the facility as it was “routinely deleting recovered solvents gas chromatography (GC) data older than three months permanently, without any backup” and adequate controls.

As a fallout of the “sartan” recall, warning letters were issued to Mylan and Jubilant over their valsartan manufacturing operations.

In a shocking announcement, the US Food and Drug Administration (FDA) issued a press release on data accuracy issues with Novartis’ gene therapy — Zolgensma.

Zolgensma was acquired by Novartis in April 2018 when in a bid to secure its leadership position in gene therapy, Novartis struck a deal to acquire Illinois-based AveXis Inc for US$ 8.7 billion.

The gene therapy, intended to treat children less than two years of age with the most severe form of spinal muscular atrophy (SMA), is priced at US$ 2.1 million, making it the world’s most expensive drug.

On May 24, 2019, the FDA approved Zolgensma and a month later, on June 28, the agency was informed by AveXis (the product's manufacturer) that its personnel had manipulated data from an in-vivo murine potency assay.

The FDA used this information to evaluate product comparability and nonclinical (animal) pharmacology as part of the biologics license application (BLA), which was submitted and reviewed by the FDA.

The FDA assessment, however, stated that although the BLA would have eventually been approved, it is carefully assessing this situation and remains confident that Zolgensma should remain on the market.

While managing the crisis, Novartis CEO Vas Narasimhan acknowledged that the company could have handled the furor surrounding Zolgensma better.

Novartis’ AveXis fired its former chief scientific officer Brian Kaspar in connection with the data manipulation scandal, although Kaspar’s lawyer said he did nothing wrong and is ready to defend his name as needed.

The Swiss drugmaker could face possible civil or criminal penalties, the FDA has said.

While streamlined, compliant operations still seem like a distant dream, in 2019, the former promoters of Ranbaxy, the Singh brothers were finally arrested for misappropriating funds. The legal action was in connection with their stake sale in the Indian drug behemoth to Japanese drugmaker Daiichi Sankyo for US$ 2.4 billion. The sale took place in 2008, months before the US Food and Drug Administration (FDA) banned imports from two of Ranbaxy’s Indian plants as a result of widespread data falsification by the firm. That was the start of troubles for the duo, as Daiichi later took them to court for allegedly suppressing and misrepresenting facts at the time of sale.

We hope there is a lesson in this for the industry so that companies improve their practices of falsifying data and the focus shifts towards patient safety rather than minimizing cost and maximizing profit.

Image Credit : cGMP Compliance Recap 2019 by PharmaCompass is licensed under CC BY 2.0