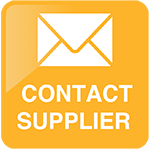 Residual solvents represent nearly 95% of GC testing at R.D. Laboratories. Residual solvents are trace level chemical residues that are used or produced in the manufacture of drug substances and excipients or in the preparation of drug products

Acceleration Laboratory Services is the foremost Contract Solutions Provider for the pharmaceutical research. The ultimate goal for our associates is to deliver superior solutions to our clients, on time, and on point, while maintaining a fun and empowering work environment.

Primera specializes in customized analytical method development, transfer and validation using state-of-the-art analytical tools. We also provide cGMP Sample Storage and testing services. With no observations and no 483 findings from two FDA audits, We are in full compliance with GLP/cGMP regulations.

Our laboratories, equipped with the most modern instrumentation is operated by a well trained and highly motivated staff with an average of over 10 years of practical experience. The Pharmaceutical Analytical Laboratory is GMP inspected and under control of the respective authorities.

Our testing services are performed using USP/EP guidelines in compliance with FDA and DEA guidelines. Our laboratory is continually updated with new equipment to adapt to changing regulations and the ongoing needs of our clients.

Quantification & Qualification of Residual So...

Trace analysis of impurities like organic, inorganic and residual solvents and their carry over in the finished product can be performed as per regulatory requirements. The report with suitability of the method along with the limits of detection and quantification.

From early strategic investigative work on possible formulations to the development and implementation of methods and the generation of regulatory submission data, our team of experienced scientists will work – and communicate – with you at every step.

PYRAMID has over 4,000-sq. ft. of dedicated laboratory area with state of the art equipments. PYRAMID is a FDA registered Facility. All analyses are performed according to the applicable GLP and cGMP guidelines and regulations as documented in the Code of Federal Regulations (CFR) Title 21.