Top drugs by sales revenue in 2015: Who sold the biggest blockbuster drugs? 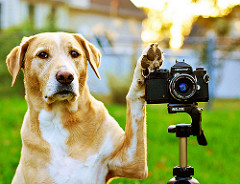 The year 2015 has gone down in history as a record year for mergers and acquisitions in the pharmaceutical and biotech space with deals worth US $ 300 billion being announced. The highlight of the year was the Pfizer-Allergan mega-merger – the biggest-ever pharma transaction worth more than US $ 160 billion.

This week, PharmaCompass brings you a compilation of the top drugs of 2015 by sales revenue and growth.

Sofosbuvir – the outright winner of 2015

2015 was the year of Sofosbuvir – the revolutionary active ingredient used for the treatment of hepatitis. Together, through the sale of drugs Harvoni and Sovaldi, Sofosbuvir brought in sales of almost US $ 19 billion.

The PharmaCompass prediction that Harvoni (a combination of Ledipasvir and Sofosbuvir; and used for the treatment of infectious diseases like hepatitis and HIV) would become the best-selling drug ever in 2015 fell slightly short of expectations as its sales of US $ 13.864 billion were marginally less than AbbVie’s rheumatoid arthritis treatment – Humira.

Here is PharmaCompass’ compilation of the best-selling drugs of 2015. This is based on information extracted from annual reports and US Securities and Exchange Commission (SEC) filings of major pharmaceutical companies.

A year of record FDA approvals

2015 was also the year when the US Food and Drug Administration (FDA) approved 45 novel drugs, another all-time record high. In January this year, PharmaCompass had compiled a list of novel drugs approved by the FDA in 2015. We also extensively covered the new dosage forms of existing drugs approved in 2015. Do go through the article published on January 14, 2016, for more information.

PharmaCompass’ compilation of sales forecasts of novel drugs indicated a significant variation in estimates.  However, in our view, drugs that saw highest sales growth in 2015 are likely to do well this year as well.