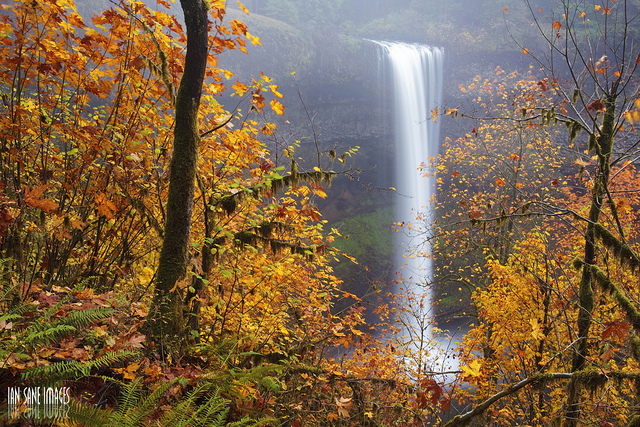 This week, Phispers highlights more bad news for Israeli drugmaker Teva, along with news on the ‘overwhelming efficacy’ of blood thinner Rivaroxaban over Aspirin, Sanofi’s plans to resubmit its application for Sarilumab, Denmark’s entry into the tug of war for hosting the EMA headquarters and are routine round up of global non-compliance concerns.

Teva CEO steps down, as another bribery probe emerges and discussions of a split start

The chief executive of Teva Pharmaceutical Industries, Erez Vigodman, stepped down after serving for three years. He has been replaced by Chairman Yitzhak Peterburg for the interim period. Teva is the world's biggest maker of generic drugs.

In the last five years, he is the third CEO to vacate the position. A sudden change in the company’s leadership came just two months after the resignation of Sigurdur Olafsson, the former head of Teva’s main business unit — generic medicines. Both the executives played an important role in Teva’s US $ 40.5 billion purchase of Actavis Generics last year, touting it as a move that would provide growth. Instead, the acquisition led to more bad news.

In a short statement after leaving, Vigodman stated: “I believe that now is the right time for me to step down. It has been a privilege to lead Teva, and I am proud of all we have accomplished. I am confident that the company’s future is bright.”

A lot of bad news has already piled up for Teva’s investors since the New Year. This includes the following negative events:

Following the resignation, at the company's earnings call earlier this week, analysts started asking if Teva would consider a split-up?

Sato Pharmaceutical, a company established in 1939 in Japan, received a warning letter from the FDA as it failed to establish an adequate system for monitoring the conditions of its cleanroom environments. Following the inspection, the firm revised its standard operating procedure related to the “Aseptic Production Area”, however, the FDA found the response to be deficient.

FDA inspectors also uncovered that the company had not performed the necessary smoke studies to evaluate air flow characteristics of its open Restricted Access Barrier System (RABS). The company released sterile products manufactured on the aseptic processing line, without studies to demonstrate unidirectional airflow over the exposed sterile product during processing.

Although, Sato renovated its RABS to use a closed design and conducted validation studies, the response was found deficient as it does not address the quality of the products which had already been released to the U.S. market using the original open RABS design.

The FDA found that the firm’s response to the inspection observations had failed to perform a retrospective review of CGMP deficiencies on the quality of the products which had already been distributed within the United States.

PharmaCompass had shared the news about the compliance troubles at Resonance in November, 2016.

The FDA also issued warning letters this week to two Chinese firms who had been placed on its Import Alert list last year. The warning letters sent to Ausmetics Daily Chemicals (Guangzhou) Co., Ltd. and Zhejiang Bangli Medical Products Co., Ltd. showed that the companies failed to sufficiently test the batches of the final product they produced and did not adequately confirm the quality of the incoming active raw materials.

Back in 1897, a young scientist at a Bayer laboratory in Wuppertal, Germany — Dr. Felix Hoffmann — synthesized a chemically pure and stable form of acetylsalicylic acid (ASA), which became the active ingredient in Aspirin™.

Since then, Aspirin has been an important medicine due to its remarkable pain relief, as well as cardiovascular (CV) event prevention properties. The medicine has truly stood the test of time.

The trial was scheduled to finish next year but was stopped early on the advice of an independent Data Monitoring Committee, after the primary endpoint of prevention of MACE — which includes cardiovascular death, myocardial infarction and stroke —reached its pre-specified criteria for superiority over aspirin.

Xarelto is currently the only non-vitamin K antagonist oral anticoagulant (NOAC) currently under assessment in this high-risk patient population. The drug is already on the market for reducing the risk of stroke and blood clots.

In 2014 and 2015, while reviewing new drug applications, the US Food and Drug Administration (FDA) had raised manufacturing questions in only one Complete Response Letter (CRL) sent to the applicant. However, by mid-December, 2016 “an astonishing 40 percent were specifically tied to questions the agency raised about the manufacturing capabilities of a drugmaker or its contractor.”

In October 2016, Sanofi received the FDA’s Form 483 for it’s Le Trait facility in France since manufacturing deficiencies were discovered during a routine good manufacturing practice (cGMP) inspection where Sarilumab and Dupilumab are manufactured.

This plant is involved in one of the last steps in the manufacturing process of Sarilumab — an investigational interleukin-6 receptor (IL-6R) antibody for the treatment of adult patients with moderate to severely active rheumatoid arthritis (RA) which is a combined program of Sanofi and Regeneron. Due to the manufacturing issues, FDA issued a CRL  regarding the Biologics License Applications (BLA) for Sarilumab.

Sarilumab is said to become a blockbuster after beating the world’s best-selling drug AbbVie's Humira (adalimumab) in a head-to-head trial. Analysts have previously predicted the drug could bring in more than US $ 1 billion by 2020.

In response to the letter received from the FDA, the French company has filed a comprehensive corrective action plan with the FDA and is “working towards a timely resolution that addresses these concerns.” Once the issues are addressed, both companies said they intend to seek a way to bring the drug to market.

In January 2017, Sanofi and its drug development partner Regeneron Pharmaceuticals said they have resolved manufacturing defects at Le Trait facility, which caused the delay for the approval of Sarilumab drug. Sanofi’s CEO Olivier Brandicourt said: “We worked closely with the US FDA to implement a corrective plan and got positive feedback".

Assuming the formal inspection will also play out positively, the companies have decided to resubmit their application for Sarilumab by the end of March.

The future location of the European Medicines Agency (EMA) — one of the regulatory jewels of the EU — has been a consistent topic of conversation since the outcome of the Brexit vote.

The intervention of the Japanese government in early September 2016 brought the EMA issue further into the open when a 15-page letter came up where Japanese officials told their counterparts in the UK that if “the EMA were to transfer to other EU Member States, the appeal of London as an environment for the development of pharmaceuticals would be lost, which could possibly lead to a shift in the flow of R&D funds and personnel to Continental Europe.”

And now, Denmark is also in the list of countries that are bidding for EMA headquarters’ relocation. Copenhagen’s candidacy launch on February 8 comes in the wake of similar launches by Amsterdam, Milan, Stockholm, Barcelona and Dublin. Only the Czech Republic and Estonia have ruled themselves out, according to the Financial Times. Therefore, we may see a 20-way tug of war amongst cities that want to host the EMA.

The Danish Medicines Agency is excited about the Danish government’s decision. Thomas Senderovitz, Director General of the Danish Medicines Agency, said: “The EMA is the most important European coordination forum in the pharmaceutical field, and Copenhagen offers a visionary and innovative life science cluster. Major international pharmaceutical companies have a presence in Copenhagen, and we offer a strong administration and unique culture for collaboration between the health sector and universities in Denmark and southern Sweden”. As the news came out, healthcare giant Novo Nordisk backed and supported the decision of the Danish Government.

Just two months after Perrigo agreed to sell its entire shareholding in Perrigo API India to Strides for INR 1000 million (US $14.8 million), Strides announced an organizational restructuring plan. As per the plan, Strides has decided to move away from its business-to-business (B2B) model to a business-to-consumer (B2C) model, which includes de-merging and listing its APIs business, exiting probiotics and capping its investment in the biotech business which was also approved by SeQuent Scientific, which bought into Shasun several years ago.

SeQuent also has a veterinary drug business. Strides Shasun plans to rename itself as Strides Pharma. Post restructuring, the new Strides Pharma will comprise its retained formulations business having four US FDA-approved plants in India, Europe and Singapore, and three research and development (R&D) centers. This business will have a front-end presence in the regulated markets of Australia, US and the UK and emerging markets of Africa and India.

Last year, Strides Shasun had mentioned they plan to hive off its commodity focused API manufacturing unit as a separate business. Strides — with two API manufacturing facilities, one in India and one in the UK — is a global supplier of painkiller (Ibuprofen), anti-epileptic medication (Gabapentin) and anti-acidity medication (Ranitidine). Strides had said that it would retain API capacities required for captive use while setting up a separate company for manufacturing low-margin APIs such as Ibuprofen, Gabapentin and Ranitidine.

Image Credit : The Golden Curtain by Ian Sane is licensed under CC BY 2.0