Phispers: Another Heparin scandal in China, GSK may have a new CEO, Female libido pill problems 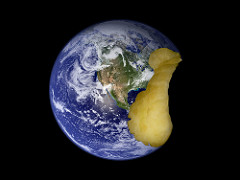 Pharmaceutical Whispers (Phispers) this week cover another major heparin scandal emanating from China, GSK may have a new CEO in 2017, the pharma world reducing dependence on China for antibiotics, regulatory moves to accelerate drug approvals in the US and China and a lot more.

Last week, heparin producer Dongying Tianyong in China failed a European Directorate for the Quality of Medicines (EDQM) inspection. Heparin is a substance widely used as an injectable anticoagulant and as an intermediate. Results obtained from suppliers of crude heparin appeared to be manipulated and the quality system was identified as very weak and deficient, and not in compliance with the EU GMPs. The inspection was conducted in December while the summary report was posted February 25, 2016.

Back in 2008, major recalls of heparin were announced by the US Food and Drug Administration (FDA) due to contamination of the raw heparin stock imported from China, causing 81 deaths. The FDA had also indicated the contamination may have been deliberate and had identified Changzhou SPL, a Chinese subsidiary of Scientific Protein Laboratories, as the source of the contaminated heparin. The contaminant – oversulfated chondroitin sulfate – cost US $ 9 a pound compared with US $ 900 a pound for heparin, creating one of the biggest pharmaceutical quality scandals in history.

Dongying Tianyong also manufactures Enoxaparin Sodium, an active pharmaceutical ingredient (API) produced from heparin, for which a ‘recall of product’ has been considered and the company’s regulatory filing has been suspended.

Is there going to be a repeat of the scrutiny on heparin manufacturers in China once again?

World’s antibiotic supply chain will not rely completely on China

In July 2015, Novartis announced it is shutting down three of its plants, one of which produced the antibiotic intermediate 7-ACA (7-aminocephalosporanic acid) – the core chemical structure (building block) for producing a whole host of cephalosporin antibiotics. At the time, PharmaCompass had expressed concern that the Novartis’ plant shut down has created an urgency to find alternatives to Chinese APIs, since the global supply of 7-ACA would be dependent on China in view of the announced closure. However, the global imbalance will not occur any time soon as International Chemical Investors Group (ICIG) announced the acquisition of Novartis’, Frankfurt-Höchst-based site which produces 7-ACA. With this acquisition, CordenPharma Group (the pharma platform of ICIG) will become one of the major suppliers of 7-ACA to customers worldwide.

Expect accelerated drug approvals in China and the US

The newly appointed FDA commissioner, Dr. Robert Califf, mentioned that accelerated generic drug approvals will be high on his list of priorities. In addition, policy leaders in the United States have suggested speedy reviews of generic drugs that lack competition. This is one of the two specific actions aimed at reducing generic drug shortages more rapidly and price gouging. The other action suggested by the policy leaders is to give the FDA permission to clear a generic product based on an equivalent approval from a foreign country.

While on the topic of accelerated approvals, Mylan breathed a sigh of relief as their billion-dollar allergy-reaction injector, Epipen will not see Teva as a competitor until at least 2017. Teva’s launch has been “significantly delayed” as the FDA found “major deficiencies” in its application. Epipen contributed 13% to Mylan’s global revenues last year.

One of the pharmaceutical industry’s poster boys for high prescription drug prices – Valeant Pharmaceuticals’ CEO Michael Pearson – returned to work after a nine-week medical leave owing to pneumonia. Valeant is known to acquire medicines and then hike the prices.

While Valeant’s business practices have been under close scrutiny and its shares are trading at the lowest level in two and a half years, now bad news is emerging about Addyi, the female libido pill Valeant acquired in 2015.

A Dutch study found that, Addyi “gives limited gain in sex” and the benefits were slightly “more modest than those submitted to the F.D.A. during the approval process”. Not the kind of issue Pearson would have liked to deal with after returning to work post illness.

GlaxoSmithKline’s chairman Sir Philip Hampton is believed to have instructed recruiters Egon Zehnder to identify a replacement for GSK CEO, Sir Andrew Witty. Some of the drug giant’s biggest investors have been demanding a split of GSK since they believe the sum of GSK’s parts is worth more than the current stock market value. It remains to be seen if Witty’s successor will be an internal or an external person.

To keep him from leaving, IMS Health pays Its CEO more than IBM

IMS Health Holdings paid its Chief Executive Officer Ari Bousbib US $ 34.8 million in 2015 to prevent him from leaving to a bigger rival of the data-services firm. In comparison, Accenture paid CEO Pierre Nanterme US $ 15.9 million for 2014. And IBM gave Ginni Rometty US $ 19.3 million. Both Accenture and IBM also provide data services to healthcare clients and have market valuations more than seven times IMS Health’s US $ 8.5 billion.

Gilead’s sofosbuvir battles on patents and prices continue in India

Gilead’s Hepatitis C treatment – Sofosbuvir – has been one of the most spectacular drug launches in pharmaceutical history. Sold as Sovaldi (sofosbuvir) and Harvoni (combination of sofosbuvir and lepidasvir), it generated 2015 sales of over US $ 19 billion. However, with the price in the United States at almost US $ 1,000 per pill and as little as US $ 4.29 per pill in India, Gilead made headlines again as the Indian Patent Office began hearings to determine whether Gilead Sciences “deserves a patent” for sofosbuvir.

For those interested in this topic, a detailed report on the “Patent Situation of Key Products for the Treatment of Hepatitis C” is available on the World Health Organization (WHO) website.

One of the first new tuberculosis (TB) drugs in decades made by Japanese drug maker Otsuka Pharmaceutical got slammed this week for a ‘ridiculously high’ price tag. While Otsuka is charging US $ 1,700 for a six-month course of treatment, delamanid, which is known commercially as Deltyba, must be taken with other medicines, which make the complete regimen cost anywhere from US $ 1,000 to US $ 4,500 in developing countries.

Unlike Gilead’s problems with Sofosbuvir, this drug won’t be available in India anytime soon as Otsuka still has not applied for regulatory approvals.

Astra Zeneca’s US $ 4 billion buy of Acerta got endorsed by the award of special “orphan” status to the key drug, acalabrutinib. However, the amount pales in comparison to the US $ 35 billion Pfizer is expected to avoid in taxes through its Allergan merger.

Cancer deal-making remained in focus as Baxalta and Precision Biosciences announced a partnership to develop allogeneic chimeric antigen receptor T cell (CAR-T) therapies. The collaboration could generate up to US $ 1.7 billion for Precision Bioscience. However, another multi-billion oncology deal is being anticipated between AbbVie and Boehringer and should be announced soon.

While deals are being announced, Sanofi’s divesture of its European generic unit, planned to begin this quarter, may get delayed. France’s largest drug maker needs more time to determine which assets should be included in the sale.

Image Credit : Apple Earth by JD Hancock is licensed under CC BY 2.0