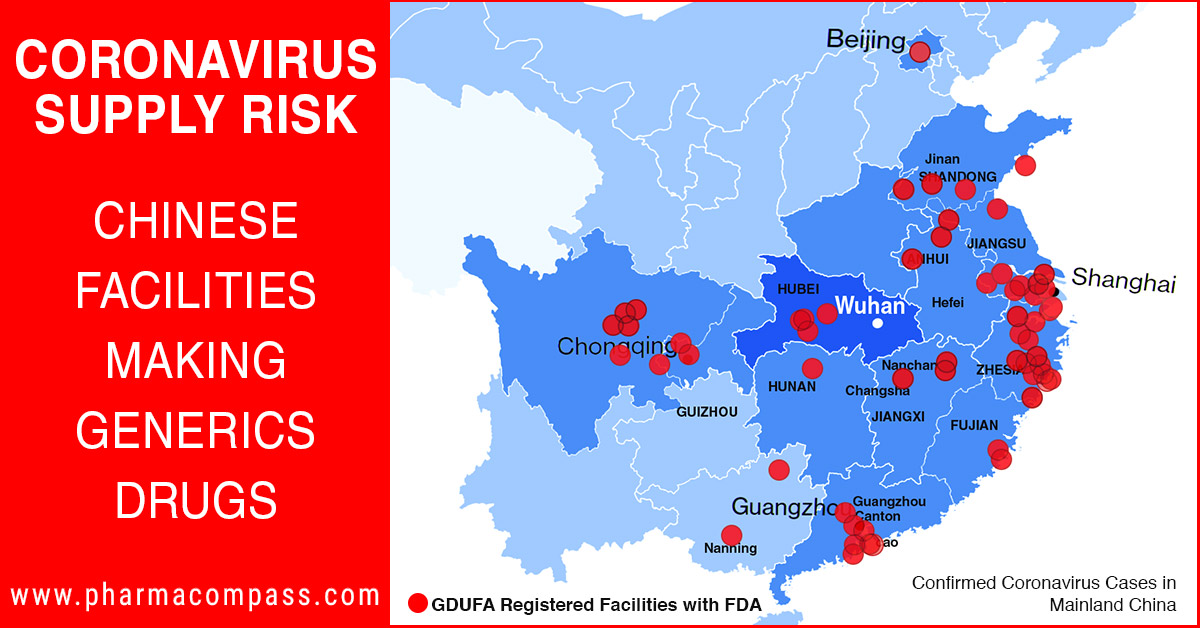 The new coronavirus—named 2019-nCoV—has raised concerns across the world, and the reported cases and deaths due to mysterious pneumonia is doubling every couple of days. So far, 170 people in China have died due to this new virus, and 7,711 confirmed cases of the virus have been reported in the country. In fact, according to a BBC report, the virus has now spread to every region in mainland China.

Moreover, there have been more than 80 cases of the virus reported outside mainland China. Deaths and cases are likely to rise until the outbreak is contained.

According to a CNN report, the number of confirmed cases of the Wuhan coronavirus has overtaken the 2003 SARS outbreak inside of mainland China. Patients of the mysterious disease have now been reported from many Asian countries, as well as the Middle East, Europe, Australia and the US.

During the 2003 SARS outbreak, there were 5,327 confirmed cases of the disease in mainland China, with 349 deaths. In comparison, the Wuhan virus has reported nearly 7,800 cases worldwide. Experts say the Wuhan virus figures could be vastly under-reported, making the novel coronavirus far more contagious, though less deadly than SARS.

The outbreak has put health authorities on high alert in China and around the world.

The alarm is an outcome of lack of adequate information on the newly identified coronavirus. Questions still linger on how dangerous is this virus and how easily it can spread from one person to another.

The incubation period for the virus can range from one to 14 days. During this period, the patient can acquire pneumonia which has proven to be fatal in several recent cases in China.

Most of the deaths have been in the Hubei province of China, whose capital is Wuhan, a city whose population is larger than that of New York, London and Hong Kong. Chinese authorities have restricted some travel to try and stop the illness from spreading during the Lunar New Year, which started on January 25. The holiday break has been extended for three more days (until February 2), and China’s financial markets will also remain closed until then. The Shanghai government has said that companies in the city are not allowed to resume operations before February 9.

Countries across the world are also taking all sorts of precautions. In the US, the Centers for Disease Control and Prevention (CDC) said it is closely monitoring the outbreak. In Singapore, a multi-ministry task force was set up to fight the disease on all fronts.

According to Scott Gottlieb, former commissioner of the US Food and Drug Administration, the epidemic in China is likely to be much broader than what the official statistics currently suggest. And a lot of mild cases have probably gone unrecognized. Moreover, he feels that a global spread of the virus is inevitable.

While the World Health Organization stopped short of calling the outbreak a global health emergency, discussions are currently underway which may change that status.

A Chinese government commission has recommended that doctors administer Kaletra — AbbVie’s HIV drug — to patients who have been tested positive for the new illness. Kaletra is a combination of lopinavir and ritonavir. The other treatment is nebulized alpha-interferon.

AbbVie and Johnson & Johnson have begun shipping drugs approved to treat HIV. AbbVie is donating more than US$ 1 million worth of Kaletra to help combat the disease in China.

There is uncertainty over whether drugs approved to treat other infectious diseases would help patients infected with the new coronavirus.

As the virus proliferates and takes more lives, questions are likely to be raised about the adequate production and supplies of APIs, as well as the extent to which shipments can be made if transit hubs are out of commission.

There are a limited number of generic drug facilities registered with the FDA in the Hubei province. However, as the containment initiatives spread across China, especially near the regions around Shanghai and Guangzhou, the disruption possibilities are likely to increase substantially.

In the US, approximately 80 percent of APIs used to produce finished products come from China and other non-TAA compliant countries. The production cost of APIs in China is estimated to be about 20 to 30 percent lower than that in India. According to reports, India imports around 80 per cent of APIs from China on volume basis. So the world’s reliance on China for APIs is very high.

“The time to worry is now,” said Steven Lynn, a former director of the FDA Office of Pharmaceutical Quality. As of now, FDA has said it has not received any shortage notifications from manufacturers that make products for the US market due to the current coronavirus outbreak.

The spread of this new virus has bearings on the global supply chain for pharmaceuticals. Over the past decade, China has become an even bigger player in the market for antibiotics and the key building blocks of APIs.

The global pharmaceutical supply chain is extremely interlinked and a lot of pharmaceutical manufacturing is dependent on chemical and excipient producers which are not listed on the generic facilities list.

As there is restricted movement within parts of China, companies need to assess their supply chains in detail to determine the likelihood of disruption. They also need to speak to producers outside China to build the necessary contingencies in case this problem is not resolved quickly.

Image Credit : Coronavirus Supply Risk by PharmaCompass is licensed under CC BY 2.0