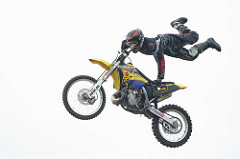 News about Mylan N.V.’s US $ 1.6 billion cash acquisition of Agila Specialties Private Limited, a developer, manufacturer and marketer of high-quality generic injectable products, from India’s Strides Arcolab is giving us a sense of déjà vu.

Will this turn out to be a misadventure similar to what Daiichi Sankyo experienced with Ranbaxy?

Japanese drug maker Daiichi Sankyo says it got “burned” in its June 2008, US $ 4.6 billion acquisition for a controlling stake of India’s largest pharma company at that time, Ranbaxy.

An FDA inspection of Ranbaxy’s facility in 2006 uncovered serious data falsification issues that made Ranbaxy eventually plead guilty in 2013 and agree to pay US $ 500 million to the US government to resolve false claims allegations, current Good Manufacturing Practices (cGMP) violations and making false statements to the FDA.

Mylan announced its acquisition in February 2013 to pick up nine injectable plants which belonged to Agila. However, troubles started within four months.

In June 2013, an FDA inspection found problems in the manufacturing operations at a plant in Bangalore, and issued a warning letter. Mylan continued with their acquisition and the deal closed in December 2013.

Since then the problems have only got worse.

On August 6, 2015 Mylan received another warning Letter, which indicates that the problems have now expanded to two other plants. The Bangalore plant (cited in 2013) was not able to address the concerns of the FDA inspectors and has also been included in the recent warning letter.

Concerns found at Mylan’s operations are not as severe as the blatant data falsification found at Ranbaxy (read: Dirty Medicine by Katherine Eban for details).

However, Mylan failed to address an observation made in 2013, at the Bangalore facility, which required it to “follow appropriate written procedures that are designed to prevent microbiological contamination of drug products purporting to be sterile.”

As the manufacturing operations of injectable products requires a high degree of assurance that sterility will be maintained. Mylan’s continued use of “non-integral and non-sterile gloves” in manufacturing was another concern which found mention in both the warning letters.

Compliant operations are expected to thoroughly investigate drug products or components used in their manufacturing, which fail quality standards.

The 2013 warning letter mentioned there was a failure to conduct thorough investigations into “non-integral gloves found” was not only a concern but a “repeat observation from 02/2011”.

In the recent warning letter, the failure to conduct thorough investigations on other issues has been highlighted as well.

Mylan failed to investigate the exact cause which made injection solutions change color or cause adverse reactions and hence the FDA concluded that “several violations are recurrent and long-standing”.

The impact of the FDA warning

Mylan’s press release in response to the FDA warning letter said “this Agency action has no material impact on Mylan's business or its previously announced full year earnings guidance.”

“In June, 2015, you expanded your recall to an additional eight lots of Gemcitabine and Methotrexate. However, other lots released into distribution may have been compromised by this manufacturing issue,” the FDA warning letter added.

Of late, turning around compliance problems at injectable manufacturing operations has been a big challenge for pharmaceutical companies.

Companies like German giant Boehringer Ingelheim’s continued struggle with their US-based Ben Venue facility finally ended with them giving up and selling the facility to Jordan-based Hikma Pharmaceuticals. Immediately after Hikma announced the acquisition, their plans to move part of the production from Ben Venue to their facility in Portugal suffered a setback as their Portuguese operations received a warning letter.

Hospira, the world’s leading provider of injectable drugs was recently acquired by Pfizer for US $ 17 billion.  Hospira has been struggling to get warning letters lifted which have been issued to their injectable production in Italy, India and Australia.

The problems being faced at Mylan are different to those that Daiichi Sankyo inherited in their Ranbaxy acquisition.

However, the turnaround challenge is equally daunting since getting injectable manufacturing operations to comply with the current regulatory expectations is becoming increasingly difficult.

If Mylan wants to achieve its objective to “create a global injectables leader” – which doubles its injectables production from around 350 million units to around 650 million units by 2016 – there is undoubtedly a lot of hard work that lies ahead for the Dutch (or are they American?) pharma major.

Image Credit : Stunt by reynermedia is licensed under CC BY 2.0