Does speedy action by European agencies suggest revival of API production in the West? 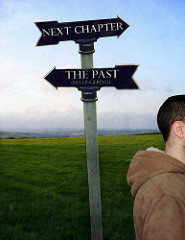 Recently announced regulatory action against Indian and Chinese companies is creating a significant imbalance in the global supply chains of APIs. This imbalance is likely to open opportunities for other companies in Asia, and may also drive manufacturing back to Europe and the US.

Last week, three companies – one in India and two in China – ran into problems with European regulatory agencies due to inspections conducted at their facilities. Data falsification, a problem recurring in Asia for the past few years, raised its ugly head yet again.

The three companies that received non-compliance reports were plagued with problems similar to those seen in the past at the Asian operations of Ranbaxy, Wockhardt, Zhejiang Hisun, Novacyl etc.

Take the case of Jinan Jinda Pharmaceutical Chemistry, China, where an inspection was conducted on June 26, 2015, by the Italian Ministry of Health. An unofficial and non-controlled storage area containing mainly raw materials and finished products was made inaccessible to the inspectors. Since the door of the area had been removed and replaced with a panel fixed with screws to the wall, the inspection team concluded that there was a serious risk of data falsification.

At Parabolic Drugs, India, where an inspection was conducted by the Italian Ministry of Health on June 17, 2015, the inspectors found the quality management system to be seriously uncontrolled and deficient in almost all “principles” mentioned in the EU’s Good Manufacturing Practices (EU-GMP) guidelines. Falsification of data and documents along with integrity and security of data in the quality control laboratory were among the observations listed in the non-compliance report.

Similarly, at Wuxi Jida Pharmaceuticals, China, inconsistent and conflicting answers were received from the personnel and the management.  The fact that answers were modified according to the inspectors’ requests and that documentation was shown in an ambiguous way led the Italian inspection team to conclude that the company did not comply with the requirements of EU-GMP.

The Certificates of Suitability (CEP/COS), given to certify that the material complies with the requirements laid down in the relevant monograph of the European Pharmacopoeia, of these three companies were suspended.

A sense of urgency in Europe

The time between the Italian inspections and issuance of the non-compliance report was less than six weeks. This turnaround is quite remarkable, considering this is peak holiday season in Europe.

Last week also witnessed the US FDA, which has historically been more active compared to the Europeans, issue a warning letter to Mahendra Chemicals in India.

During a May 2014 inspection, the US FDA inspectors found employees had completed batch production record entries days after operations had ended. Moreover, they released lots before proper approvals, and failed to maintain original manufacturing data for critical steps. Investigators found backdated batch production records, signed by the Technical Director, who stated he was not in the facility on the dates when the records were signed.

Even though such glaring concerns related to data integrity were observed, it still took the US FDA over a year to issue the warning letter; substantially longer than the six weeks taken by the European regulatory agencies.

However, the speed of the issuance by the Italian Ministry of Health is not drastically different to the Romanian Health Authority, which issued a non-compliance report (NCR) to Zhuhai United, China, in June 2015, for an inspection held in April. Similarly, the Slovenian Health Authority issued an NCR to Polydrug Laboratories, India, within three months (the inspection was held in March this year). In the case of Huzhou Sunflower, China, the French health agency issued an NCR in March, while the inspection was held in January this year.

The outcome of these inspections create market opportunities for other competing firms. Jinan Jinda’s inspection was focused on an antibiotic used to treat urinary tract infections – known as Nitrofurantoin. Post the inspection, Jinan is prohibited from supplying Nitrofurantoin to the European market.

As per the PharmaCompass database, Jinan Jinda is one of the three holders of a COS/CEP for Nitrofurantoin and the recommended suspension of their COS/CEP is an opportunity for the other two COS/CEP holders – global generic major Mylan Laboratories and Indian company, Unimark Remedies. In addition to these companies, FIS Fabbrica Italaina Sintetici and Cambrex Profarmaco, both based in Italy, are also active in the business of supplying this API.

Unlike Jinan Jinda, which only had one CEP filing, India’s Parabolic Drugs produces multiple antibiotics, although not at the scale of global majors Sandoz, Fresenius Kabi and DSM. A suspension of 11 active CEPs, which had been granted to Parabolic, does seem to indicate an apparent shift in the supply chain of APIs.

However, the suspension of Parabolic’s CEPs means that for antibiotics like Pivampicillin, there are no suppliers left who have a valid CEP. Parabolic’s inability to supply the market with products like Dicloxacillin Sodium, for which the inspection was conducted, is an opportunity for Sandoz, Aurobindo Pharma and the Italian operations of Fresenius Kabi – all of whom are integrated manufacturers and are not specialized API suppliers. For another antibiotic Bacampicillin, following the suspension of Parabolic Drugs, Fresenius Kabi’s Italian operations will be the only supplier left with a valid CEP.

With Sandoz’s recent announcement of their plant shut down in India and the fate of Ranbaxy’s manufacturing operations being uncertain, under the new management of Sun Pharma, the supply options for CEP grade Cefopodoxime Proxetil get reduced substantially and are now dependent on just two plants -- Hanmi Fine Chemical in Korea and Sandoz’s Austrian operations.

The situation thus created is not drastically different to the one resulting from the inspection failure of North China Pharmaceutical Group Semisyntech, which left Sandoz as the only manufacturer of Benzylpenicillin Procaine (this was before Novartis announced the shutdown of their Frankfurt facility).

PharmaCompass has summarized a list of all CEPs for the 12 products (11 of Parabolic and 1 of Jinan Jinda), in case our readers want to assess the status of their overall supply chain in view of the recent inspection outcomes (please click here to send us a request).

While the US FDA inspectors have historically been more active, the recent months have shown a sense of urgency on the European side as well.

The era where companies were securing their supply of APIs by looking for low-cost players in Asia appears to be waning away.

In our view, inspection outcomes like these may well drive manufacturing back to Europe and other countries where the cost of manufacturing has historically been high. The devaluation of the Euro, coupled with the speed with which regulatory action has been taken on these Indian and Chinese firms, seem to suggest that trade protection conversations may well get started in the not-so-distant future.

Image Credit : the next chapter by B Rosen is licensed under CC BY 2.0