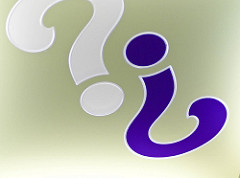 In June this year, PharmaCompass was the first to report that Teva’s newly-built sterile manufacturing facility in Hungary had been placed on FDA’s import alert list. The FDA warning letter to Teva, released this week, shares details of what went wrong.

As has been seen with other sterile manufacturing facilities – such as that of Hospira (now Pfizer), Agila Speciaties (now Mylan) and Sun Pharma – Teva’s facility failed to “adequately investigate media fill and sterility test failures”.

According to the FDA, “media fill is the performance of an aseptic manufacturing procedure using a sterile microbiological growth medium, in place of the drug solution, to test whether the aseptic procedures are adequate to prevent contamination during actual drug production.”

“These failures indicate that there is a lack of adequate sterility assurance in your manufacturing facility,” the warning letter to Teva said.

In addition, the warning letter said that the “colony counts for environmental and personnel monitoring” did not match the plant’s official records.

“After an error was observed on the original data sheet, the record was torn and discarded with no written explanation,” the warning letter said.

All drugs produced at Teva’s finished dosage forms facility in Hungary (barring antibiotics Amikacin and Bleomycin) were placed on the import alert list.

While Teva’s facility was placed on an import alert, a Czech-based subsidiary of Otsuka Pharmaceuticals – Interpharma Praha, a.s. – also received a warning letter.

FDA inspectors found that while testing APIs, analysts “used to generate and analyze chromatographic data that allowed them to eliminate failing, atypical and satisfactory results with no notification; alter peak areas; and add or eliminate samples from sequences without authorization.”

During inspection, the FDA reviewed an audit trail from its “Empower-2 system that stored 8,906 entries. Of these, well over half indicated some form of data deletion or manipulation, including at least 1,441 instances of deleted results,” the FDA said.

Interpharma’s personnel confirmed “that these actions are common during chromatographic data processing.”

While reviewing the finished products at Interpharma, FDA investigators uncovered “many deleted results” which made them question whether the quality unit was “presented with incomplete and inaccurate information”.

Our three vital observations in the two cases

PharmaCompass has made the following three observations pertaining to the inspections at Teva and Interpharma, and their outcomes:

Does data integrity have a relationship with product quality?

This brings us to the statement made by Peter Werth some months back in our Speak Pharma series, which had raised the hackles amongst some in the pharma industry – that ‘Data integrity has no relationships with product quality’.

Was Werth right in saying so?

With a large chunk of drugs and drug ingredients being manufactured outside the US, the American regulator has had to increase its international oversight and ban products manufactured in plants that do not meet regulatory standards. However, these bans have led to drug shortages.

In order to prevent drug shortages, the FDA has (sometimes) had to exempt products and allow imports from plants that it believes have a poor record. According to the FDA import alert records, since 2013 the FDA has allowed eight plants whose products are otherwise banned from the US to go ahead and import some drugs or ingredients to avoid drug shortages. Amikacin manufactured at Teva’s Hungary plant is once such drug.

However, the FDA’s exemption to prevent a drug shortage suffered a setback when Teva announced a voluntary recall of seven lots of Amikacin Sulfate injection due to the potential for the presence of glass particulate matter. This announcement follows a similar announcement by Teva when one lot of Amikacin was recalled in March this year. ”

With all the compliance alerts that make headlines, if products still reach the market after regulators uncover concerns related to data integrity, it is worth investigating the link between data integrity violations and patient/product safety?

Image Credit : Questions? by Valerie Everett is licensed under CC BY 2.0