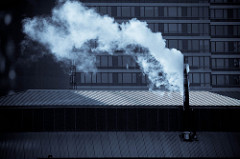 It has been an unprecedented week where compliance glitches have emerged from almost all parts of the globe. This week, PharmaCompass brings you a compilation of such troubles to give you an idea about the nature of such compliance issues. And, the problems regulators are facing walking the tightrope between drug safety and drug availability.

A Pfizer spokesperson told The Economic Times: “A holistic plan is being developed to address specific inspection observations and to implement enhancements to site operations.”

The plant was acquired by Pfizer through its US $ 17 billion acquisition of Hospira, which had run into a fair share of manufacturing compliance problems with the FDA. Over the last few years, numerous Hospira plants — including those in the United States, Europe, Asia, and Australia — received warning letters and had to subsequently issue product recalls.

The same facility in Chennai received an FDA warning letter in 2013. Pfizer’s own operations in Asia ran into problems when US FDA investigator Peter Baker uncovered data integrity malpractices at a finished dosage manufacturing facility in Dalian (China).

A little over two months ago, Teva’s largest sterile medicines plant in Hungary was placed on FDA’s import alert list. When the alert was announced, all drugs produced at the finished dosage forms facility – barring antibiotics Amikacin and Bleomycin – were placed on the import alert list.

With a large chunk of drugs and drug ingredients being manufactured outside the US, the American regulator has had to increase its international oversight and ban products manufactured in plants that do not meet the regulatory standards. However, these bans have led to drug shortages. As a result, the FDA has had to (sometimes) exempt products and allow imports from plants that it believes have a poor record. According to the FDA Import Alert records, since 2013 the FDA has allowed eight plants whose products are otherwise banned from the US to go ahead and import some drugs or ingredients in order to avoid drug shortages. Amikacin manufactured at Teva’s Hungary plant was once such drug.

However, the FDA’s exemption to prevent a drug shortage suffered a setback when Teva announced a voluntary recall of seven lots of Amikacin Sulfate Injection due to the potential for the presence of glass particulate matter. This announcement follows a similar announcement by Teva when one lot of Amikacin was recalled in March this year.

Just when it seemed Wockhardt was getting its compliance act together and putting its problems behind it, its bulk drug facility got placed on the FDA’s Red List.

The bulk drug division in Ankleshwar (Gujarat) is the latest to join FDA’s import alert list, with Wockhardt’s Waluj and Chikalthana (Maharashtra) units already on the list.

While Wockhardt recently said it had received establishment inspection reports (EIR) for the facilities with observations, it also mentioned that the “receipt of EIR does not materially change the status of import alert for the concerned manufacturing units for the US market.”

Chinese drug maker Xiamen Origin Biotech (known as Attix Xiamen Pharmaceutical in North America) was placed on the FDA Import Alert list in May 2016. However, it was only recently that its warning letter was put up on the FDA website, bringing to light the magnitude of GMP deficiencies.

According to the warning letter, the company “repeatedly falsified and omitted information on the certificate of analysis (CoA)” issued to customers and went to the extent of fabricating the name of an employee, which was used as a false signing authority on the CoA sent to customers.

The company also included an ‘expiration date’ which exceeded the manufacturer’s labeled expiration date without any basis for the extension.

In addition, the company made deceptive statements to the investigator, who also found dirty warehousing spaces and a rodent in the room adjacent to the warehouse.

The FDA’s action in China follows an import alert which was placed on the North American operation of the company – Attix Pharmaceuticals – in Canada in February 2015.

The warning letter issued to Attix Canada showed the company was packaging highly potent beta-lactam products “in a facility that is not dedicated to manufacturing beta-lactam drugs”. The practices created “an unacceptable risk of beta-lactam cross-contamination in other beta-lactams and in non-beta-lactam APIs”.

An outcome of the North American inspection was a series of API recalls in both the United States and Canada.

While Wockhardt got placed on FDA’s import alert list as an outcome of an inspection, Nippon Fine Chemical in Japan appeared on the dreaded Red List for refusing to be inspected.

Nippon Fine Chemical produces pharmaceutical grade Camphor, an active ingredient (along with menthol) in vapor-steam products, such as Vicks VapoRub.

In Denmark, Vitamin D drops made by Inno Pharma were recalled recently as the content was “75 times too high”. The product is marketed to infants and pregnant women in Denmark, and sold under the brand ‘Vitamin D3-draber’.

The hazardous nature of the drops made the Danish Health Authority (Sundhedsstyrelsen) advise anyone who had taken ‘Vitamin D3-draber’ from Inno Pharma for a week or longer to see their doctor for a blood test to assess the risk posed to them of Vitamin D toxicity.

Also known as hypervitaminosis D, this is a rare but potentially serious condition that occurs when you have excessive amounts of vitamin D in your body. The main consequence of vitamin D toxicity is a buildup of calcium in your blood (hypercalcemia), which can cause poor appetite, nausea, vomiting, weakness, frequent urination and kidney problems.

Image Credit : Smoke by Jonas Bengtsson is licensed under CC BY 2.0