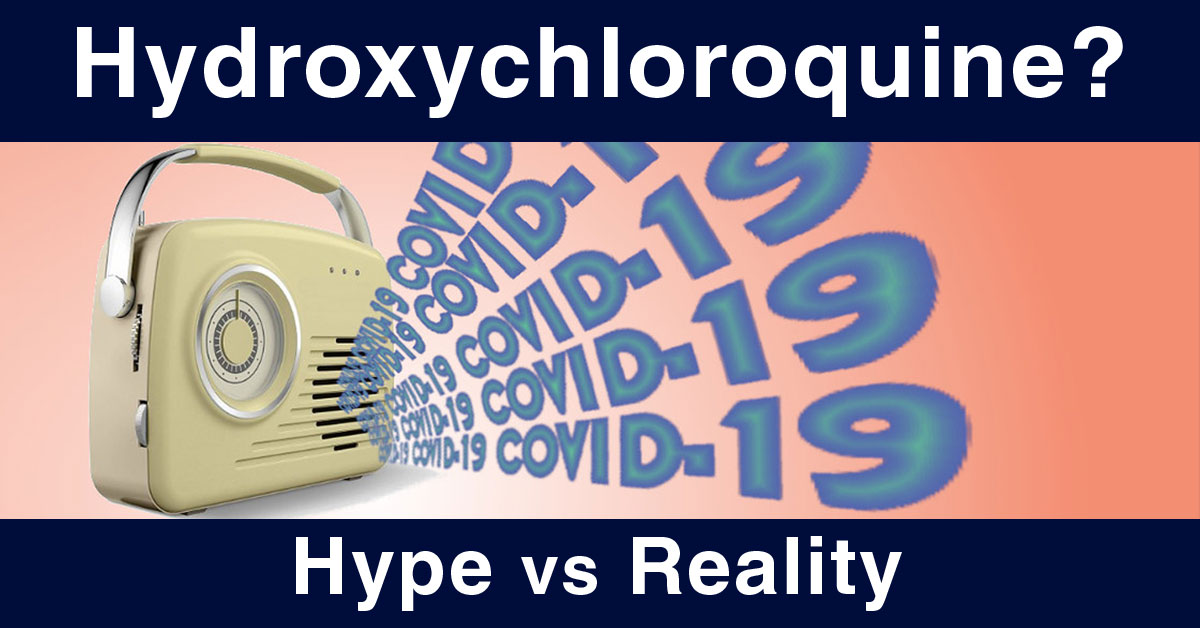 The President of United States Donald Trump’s tweet late last week has swung the pharmaceutical industry’s focus on hydroxychloroquine, an anti-malarial drug which has been in use since the 1950s and is now used to treat a variety of autoimmune disorders.

Trump had tweeted: “HYDROXYCHLOROQUINE & AZITHROMYCIN, taken together, have a real chance to be one of the biggest game changers in the history of medicine. The FDA has moved mountains — Thank You! Hopefully they will BOTH (H works better with A, International Journal of Antimicrobial Agents) be put in use IMMEDIATELY. PEOPLE ARE DYING, MOVE FAST, and GOD BLESS EVERYONE!”

We look at the study quoted by Trump to know the efficacy of these drugs, and whether the world is any closer to finding a cure for the novel coronavirus which has impacted people across the world over the last two months. Our findings suggest it maybe too early to term the combo as a game-changer. Here’s our detailed analysis:

The study in France that wasn’t done by Sanofi

The US President’s tweet referenced the results of a study conducted in France, which was published in the International Journal of Antimicrobial Agents last week title “Hydroxychloroquine and azithromycin as a treatment of COVID‐19: results of an open‐label non‐randomized clinical trial”.

The study was performed at the infection hospital l'Institut Hospitalo-Universitaire (IHU) Méditerranée Infection in Marseille and Professor Didier Raoult published a video explaining the trials on Monday, March 16. All patients at the Marseille center were given oral hydroxychloroquine sulfate 200 mg, three times per day during 10 days.

Social media posts incorrectly promoted the French study as a trial conducted by the country’s largest drugmaker Sanofi and went on to recommend Sanofi’s hydroxychloroquine brand Plaquenil as ‘anti-corona’.

There is no mention of Sanofi or Plaquenil in the research publication which attributes its funding support to the French government.

Effectiveness of hydroxychloroquine, azithromycin against Covid-19

An analysis of the results of the study shows that on day 6 the effectiveness of the treatments on 36 patients was:

However, the original study had enrolled 42, and not 36 patients. The publication shares the details of the six hydroxychloroquine-treated patients who failed to complete the trial and could not be tested on day 6 for the presence of Covid-19. The reasons to not be tested were:

- Three patients, who were still testing positive, were transferred to the intensive care unit (ICU)

- One patient, who tested negative on day 2, died on day 3

- One patient, although testing positive on days 1 to 3, stopped treatment because of nausea

- One patient left the hospital after testing negative on days 1, 2

However, one of the patients under hydroxychloroquine and azithromycin combination who tested negative at Day 6, tested positive on Day 8.

Negative results were reported at a lower limit

The trial in France used the RT-PCR testing methodology to determine if a person had Covid-19 and reported the Cycle Threshold (CT) reading.

The RT-PCR technology builds on a Nobel Prize winning technique of PCR, or polymerase chain reaction, which is a DNA amplification technique that is routinely used in laboratories to turn tiny amounts of DNA into large enough quantities that can be analyzed. For scientists to detect a virus like Covid-19, they also need to turn its genome, which is made of a single-strand RNA, into DNA. In order to do this, an enzyme called reverse-transcriptase is utilized.

Combining the two techniques created RT-PCR and when the DNA is combined with a fluorescent dye, that glows in the presence of DNA, PCR can actually tell scientists how much DNA there is.

The cycle threshold (CT) is the number of cycles which are required for the fluorescent signal to cross an established threshold. CT levels are also inversely proportional to the amount of target nucleic acid in the sample (i.e. the lower the CT level the greater is the amount of the viral load).

As per the method guidelines published on the United States Food and Drug Administration (FDA) website “when all controls exhibit the expected performance, a specimen is considered negative if all 2019- nCoV marker (N1, N2) cycle threshold growth curves DO NOT cross the threshold line within 40.00 cycles (< 40.00 Ct)”.

The French study reported negative results at a CT value of 35 as against the FDA guidance of 40 cycles, which indicates reporting negative results earlier than what would have been acceptable to the FDA.

In addition, as a lower CT number indicates a higher amount of the nucleic acid load, in all cases where the patients had a CT of less than 22 at the start of the study, they failed to test negative on the hydroxychloroquine-only treatment.

The hydroxychloroquine-azithromycin combination was only administered and effective on patients with a CT of more than 23.

The expected surge in demand for hydroxychloroquine

Following Trump’s tweet, Novartis pledged to donate up to 130 million hydroxychloroquine tablets, pending regulatory approvals for Covid-19, Mylan announced it was ramping up production to make 50 million tablets and Teva said it was donating 16 million tablets to hospitals around the US.

PharmaCompass’ MarketPlace has been flooded with requests for hydroxychloroquine sulphate, chloroquine phosphate (although hydroxychloroquine clinical safety profile is better than that of chloroquine, in long-term use, and allows higher daily dose) and azithromycin and API suppliers have informed us that their capacities are sold out.

With pharmacies running out of the drugs, in a surprise move the FDA made an exception to the four-year old ban placed on India’s Ipca Labs, one of the major manufacturers of chloroquine and hydroxychloroquine, to sell their drugs in the United States.

In a recent August 2019 inspection, the FDA had observed “a cascade of failure” in Ipca’s quality unit.

We support the authors of the study who themselves acknowledge that  “our study has some limitations including a small sample size, limited long-term outcome follow-up, and dropout of six patients from the study, however in the current context, we believe that our results should be shared with the scientific community.”

While the world is desperately looking for solutions, a balanced view of the results is necessary. And it’s important to reiterate that we are far away from finding a quick fix to the single biggest health emergency in years.

Image Credit : Covid19 radio - All you hear and all you need to hear by muffinn is licensed under CC BY 2.0 // Modification: Hydroxychloroquine and Hype vs Reality text was added to the original image.