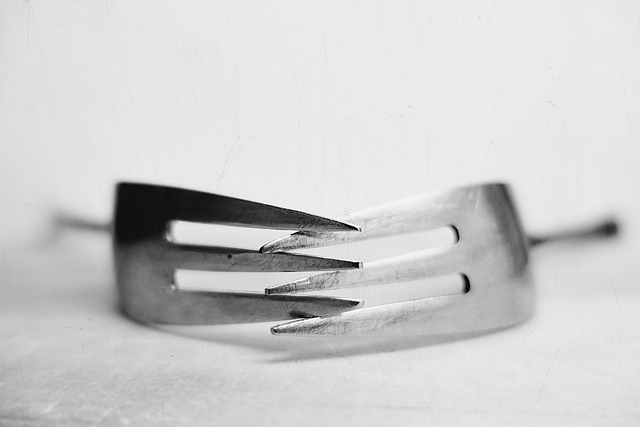 This week in our compliance round up, we look at the continuing problems at Pfizer’s McPherson unit in the US and China FDA’s entry into the ICH as a regulatory member. Yet again, WHO sources API from a plant in China, where USFDA had raised data integrity concerns. Meanwhile, Aurobindo Pharma’s Unit VII clears FDA inspection with zero observations.

Problems continue at Pfizer’s US facility; its sure-shot biosimilar gets rejected

Earlier this year, Pfizer’s fill/finish manufacturing facility in McPherson, Kansas, received a warning letter from the US Food and Drug Administration (USFDA). The compliance concern was initially revealed in a press release issued by Momenta Pharmaceuticals — a biotechnology company developing a generic version of Teva’s long-acting Copaxone® 40mg/mL (glatiramer acetate injection). Momenta is working in collaboration with Sandoz, which in turn has tied up with Pfizer as its fill/finish manufacturing partner.

This week, a month after the FDA staff found that Pfizer’s biosimilar of Amgen’s drug Epogen (epoetin alfa) was nearly identical and an FDA advisory committee followed to recommend approval with a 14-1 vote, the FDA issued a complete response letter (CRL) to Pfizer.

The letter cited concerns which had already been raised in the warning letter issued on February 14, 2017, following a routine inspection of the facility.

This development continues to be positive news for Teva, as Copaxone generated US$ 4.22 billion in sales last year. Continued compliance concerns at Pfizer indicate that Momenta will still have to wait for its generic to get approved.

While previous FDA inspections at the McPherson facility had raised concerns over the assurance of product sterility, no warning letter had ever been issued to this site.

In February 2015, Pfizer acquired the McPherson site through its US$ 17 billion acquisition of Hospira. Pfizer was aware of Hospira's manufacturing record when it struck the deal, as the company was issued FDA warning letters in four of the seven continents — Europe, North America, Asia and Australia.

Once again, WHO sources API from Chinese firm where FDA had raised concerns

Three weeks after PharmaCompass shared the differences in assessments of the World Health Organization (WHO) and the USFDA over the observations at a Mylan finished formulation site in India, a similar situation has arisen at an active pharmaceutical ingredient (API) facility in China.

An inspection conducted by the USFDA at Qinhuangdao Zizhu Pharmaceutical from November 28 to December 1, 2016 uncovered significant data integrity concerns and failures in the level of adherence to cGMP (current good manufacturing practices) for APIs.

In the warning letter issued to the firm, the laboratory analysts admitted to FDA inspectors that they had been “setting the clock back and repeating analyses for undocumented reasons.”

At Qinhuangdao Zizhu, “initial sample results were overwritten or deleted” and the company “reported only the passing results from repeat analyses”.

In addition to not having effective measures to control data within their computerized systems, the FDA investigators found that the firm “relied on incomplete information” to determine whether Qinhuangdao Zizhu’s drugs met established specifications.

The investigators found “a recurring practice of re-testing samples until acceptable results were obtained” and that batch production records “contained blank or partially completed manufacturing data”.

On March 8, 2017, Qinhuangdao Zizhu Pharmaceutical was placed on the import alert by the USFDA.

Almost a year prior to the USFDA inspection, in October 2015, the company had been inspected by a WHO Prequalification Team (PQT) for levonorgestrel, mifepristone and ethinylestradiol APIs. The inspection concluded with “five major deficiencies including data integrity issues and several minor deficiencies”.

The WHO went ahead and closed their inspection as compliant based on corrective and preventive actions (CAPAs) provided by the manufacturer.

In view of the USFDA actions, and the fact that Qinhuangdao Zizhu Pharmaceutical is the only WHO-PQT prequalified source of levonorgestrel API, as in the case of Mylan, the WHO approach towards the compliance position has been to focus extensively on product quality.

The WHO has requested manufacturers that use levonorgestrel manufactured by Qinhuangdao Zizhu to take “additional measures such as comprehensive testing upon receipt” to help ensure that the quality of all batches of levonorgestrel is assured.

In addition, the WHO has said that procurement agencies may continue to procure FPPs that contain API produced at Qinhuangdao Zizhu Pharmaceutical, until further notice.

The WHO-PQT is planning to conduct an on-site inspection of Qinhuangdao Zizhu Pharmaceutical and also plans to work with finished pharmaceutical products manufacturers to identify additional sources for levonorgestrel.

In a major boost to China’s pharmaceutical growth plans, the International Council for Harmonization (ICH) Assembly approved the China Food and Drug Administration (CFDA) as a new Regulatory Member. This decision was taken during a meet in Montreal, Canada, from May 31 to June 1, 2017.

While compliance concerns linger over some pharmaceutical factories in the country, China’s acceptance of this membership indicates that the country is prepared to bring its drug manufacturing and testing practices in line with international quality standards.

ICH was created in 1990 to bring regulatory authorities and the pharmaceutical industry together in order to discuss scientific and technical aspects of drug registration. Over the last 25 years, ICH has worked on achieving greater global harmonization so that safe and effective drugs are developed and registered in the most resource-efficient manner.

Indian pharmaceutical industry lost a veteran this week. Desh Bandhu Gupta, the founder chairman of Lupin and a self-made billionaire, died in Mumbai at the age of 79. Five years back, he had handed over the reins of Lupin to his eldest daughter Vinita Gupta and son Nilesh Gupta.

Desh Bandhu Gupta, or DBG as he was known, was a deft businessman who founded Lupin in 1968 with just Rs 5,000 borrowed from his wife. Prior to this, he was the professor of chemistry at the Birla Institute of Technology and Science, Pilani. He went on to become India’s 20th richest person with an estimated net worth of US$ 5.1 billion (according to the 2016 Forbes India Rich List).

While much of the industry abandoned making anti-TB drugs, given the low margins and the government's price controls, Lupin remained consistent as the world’s largest supplier of anti-TB drugs. DBG forged global alliances to develop new medicines to fight tuberculosis.

Meanwhile, another Indian company — Aurobindo Pharma — sailed through a USFDA inspection with zero observation. Aurobindo Pharma’s Unit VII is a formulations manufacturing facility and one of the largest facilities for the company from which has filed the maximum ANDA applications to the FDA.

According to a recent company presentation to investors, the company has filed 158 ANDAs (abbreviated new drug application) from this facility, of which 88 drugs received final approvals and 20 drugs have tentative approvals and 50 are currently under review.

Image Credit : Stuck by Edna Winti is licensed under CC BY 2.0