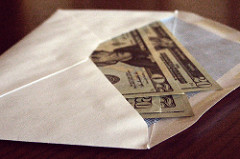 This week Phispers brings you scandals such as that of fake vaccines in Indonesia, studies and analyses on drug prices and VC investments in biotech firms, scrutiny on clinical trials done in India, new initiatives such the one undertaken by the FDA on cancer, regulatory action, court cases and other interesting pharma industry news from across the world.

Did the FDA commissioner receive payments from GSK and AstraZeneca?

A database of pharmaceutical company payments to physicians updated by the US Centers for Medicare & Medicaid Services (CMS), includes the name of the current US Food and Drug Administration (FDA) Commissioner Robert Califf.

“The database says Califf received five payments from GlaxoSmithKline for travel, lodging, food and beverages, as well as a more than US $ 5,000 consulting fee from AstraZeneca in 2015. In 2014, when he was not working for the FDA, Califf received almost US $ 32,000 from companies and in 2013, he received more than US $ 28,000.”

An FDA spokesperson said Commissioner Califf has filed a dispute with CMS in regard to the reported data.

The news comes at a time when awareness on pharma companies and their dealings with doctors is on the rise. In the UK, the NHS has warned that drugs firms should stop paying doctors and health service officials who refuse to be named in a new transparency register.

In Ireland, doctors and other healthcare professionals were paid €6.8 million by pharmaceutical companies last year.

Last week, a jury in America awarded US $ 70 million to the family of a boy who developed breasts after taking Johnson & Johnson (J&J) unit Janssen Pharmaceuticals' antipsychotic drug Risperdal. The jury found that the company failed to warn the boy's healthcare providers about the risk of gynecomastia, which is breast growth in men or boys caused by a hormonal imbalance.

According to a copy of the verdict, the company intentionally falsified, destroyed or concealed evidence in the case. Johnson & Johnson and Janssen are facing more than 12,000 claims over Risperdal, according to J&J's most recent quarterly report.

It was a busy week for the US FDA as it issued warning letters to three facilities in China – Shanghai Desano Pharmaceutical, Chongqing Lummy Pharmaceutical and Guangzhou Haishi Biological Technology.

The laboratory personnel at Desano were found conducting “unofficial” testing to an order that the FDA inspectors concluded that “the volume of data in these auxiliary ‘test folders’ suggests that performing unofficial analyses is a common practice at your facility.”

Chongqing Lummy which had been placed on the FDA’s import alert list earlier this year had investigators finding analysts manipulating results for multiple batches of API distributed to the US.

While warning letters were being issued to companies based in China, two Indian companies – Harika Drugs and Silverline Chemicals – which refused FDA inspections were placed on the import alert list.

As all the news of compliance troubles was accumulating, Strides Shasun successfully passed an FDA inspection in India; while regulators in the United States and Europe discussed ways on increasing collaboration to reduce the inspection load.

While 2015 proved to be the biggest year on record for venture investing in American biotech firms, this year could be equally big. In 2015, a total of US $ 7.7 billion flowed into a range of startups. These were largely clustered in Boston/Cambridge and San Francisco. This year, the IPO window for drug developers has dropped considerably, but the VC money seems to be flowing into the biotech space at the same pace as last year.

Fake vaccines, that have been distributed across Indonesia since 2003, will have the Indonesian government reinoculate children aged 10 and under. While it is not clear how many children will receive their jabs again, it is estimated that the number runs in millions.

The Indonesian police have arrested 15 suspects and seized hundreds of bogus vaccines, including substances that passed off as vaccines for polio and hepatitis B.

The fake-vaccine manufacturing and distribution rackets uncovered in Indonesia follows a similar public-health outcry that occurred in China a few months back.

The MHRA suspended marketing approval for a widely used antibiotic – erythromycin – that had won clearance based on clinical trials conducted by India's Quest Life Sciences, due to concerns over the integrity of trial data.

The MHRA's decision bars the sale of a generic version of erythromycin that is being sold in the UK by Dawa Ltd, a Kenyan drug maker. The EMA, on the other hand, has recommended the suspension of drug Riluzole Alkem, for which studies were conducted at the Alkem Laboratories site in Taloja (Maharashtra).

There are strict rules that govern the advertising for pharmaceuticals and Reckitt Benckiser recently found out that there can be a blowback if you astray from the rules.  The company was selling targeted painkillers for different ailments: period pain, migraines and headaches.

The Advertising Standards Authority (ASA) banned an advertisement for Nurofen Joint and Back because, despite appearances, the pills in the range have no specific targeting powers.

AstraZeneca and Genzyme were recently shamed in advertisements for separate breaches of the Association of the British Pharmaceutical Industry's (ABPI) Code of Practice. AstraZeneca apparently breached three clauses of the Code by producing a leave piece which provided misleading instructions on how to use the EMIS Web clinical system – which allows healthcare professionals to record, share and use vital information.

Similarly, Genzyme breached the Code when it made a presentation about Fabrazyme (agalsidase beta) to an expert advisory group, that the PMCPA (Prescriptions Medicines Code of Practice Authority) says was “misleading, inconsistent with the Fabrazyme SPC and disparaging of a competitor product.”

After decades of ignoring the antibiotics business due to scant rewards, Big Pharma is back to developing new antibiotics. Research incentives from governments are spurring drug makers to renew efforts to fight antimicrobial resistance and replenish the arsenal of infection-fighting drugs. Giants such as Roche Holding and Merck are stepping up their efforts. Several startups are seeking partners to help market new products.

An analysis that decodes drug price hikes, discounts and inflation

The analysis is based on discount estimates from SSR Health, an investment research firm that compared estimates of gross sales for each drug, based on prescription data, to company-reported US net sales. According to the analysis, discounts vary according to the disease type and competition. For instance, the price increases in Humalog, the popular, short-acting insulin made by Eli Lilly were wiped out by even-bigger discounts.

After threatening Gilead Sciences over the cost of its hepatitis C treatments, the commonwealth of Massachusetts has reached a deal with the drug maker for rebates for some of its residents who are infected with the chronic disease. The cost of hepatitis C drugs for about 2,800 people covered by MassHealth, which is the commonwealth’s Medicaid programme, has so far totaled about US $ 318 million from late 2014 through early 2016. The deal is expected to save the state a significant amount of money.

Meanwhile, Gilead Sciences recently raised prices on a pair of older HIV medications that face patent expiration. This is part of the company’s strategy to encourage patients to switch to newer HIV treatments. However, this sort of pricing strategy is triggering criticism by AIDS activists.

Richard Pazdur – who has been with the Food and Drug Administration for 20 years – was recently elevated to a new role. He will be running a new Oncology Center of Excellence that will coordinate all of the FDA’s clinical efforts in cancer. This oncology centre is part of the American Vice President Joseph Biden’s US $ 1 billion National Cancer Moonshort effort. At the FDA, Pazdur was evaluating new cancer drugs.

Cancer medicines now account for 40 percent of the drugs under development. According to the FDA commissioner, Robert Califf, a few years ago, pharma companies were worried that their drug pipelines had run dry. Now, they are filing drug applications at a dizzying pace. Add to that, he says, new technologies like DNA sequencing and 3D printing, and there is an “avalanche” of new products coming. “We have to be prepared for this,” Califf says.

Image Credit : Did You Say by Chris Potter is licensed under CC BY 2.0