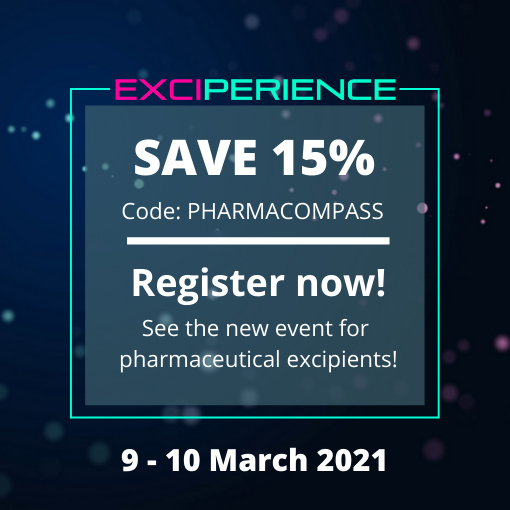 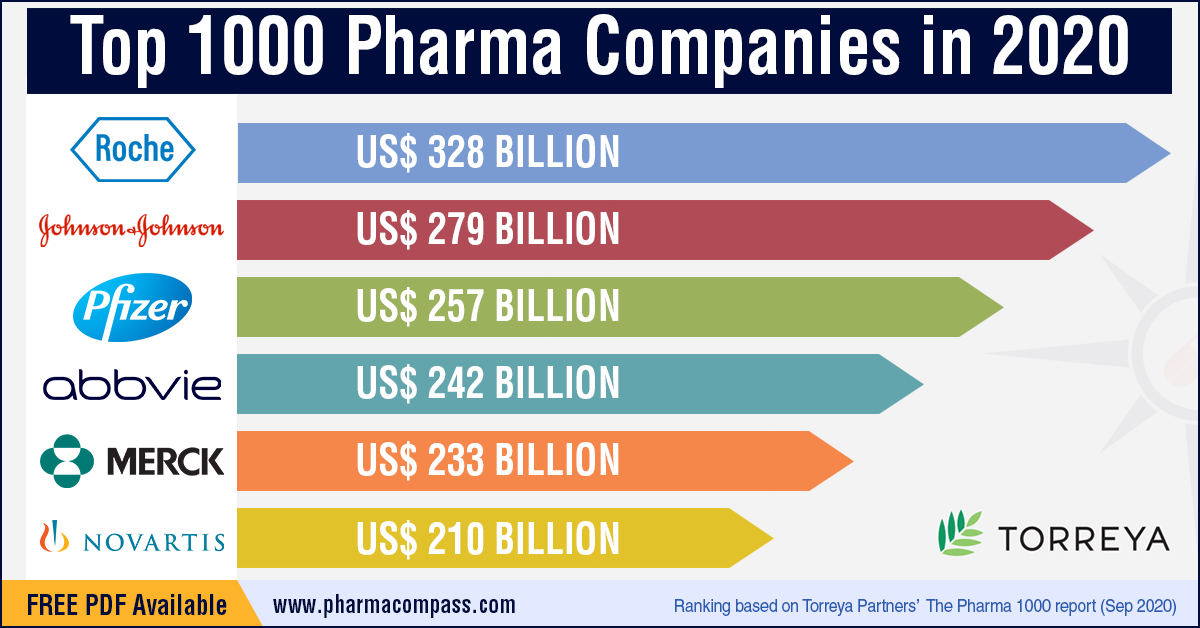 As the world looks towards the pharmaceutical industry in the hope of a vaccine that could put an end to the pandemic caused by the novel coronavirus, investment bank Torreya has brought out an interesting report on the top 1000 global pharmaceutical companies by value.

Titled ‘The Pharma 1000 — Top Global Pharmaceutical Company Report’, it seeks to provide a greater sense of the global scale of the pharmaceutical industry and the extraordinary growth it has experienced over the years.

Torreya had identified approximately 30,000 pharmaceutical companies in 2012 and has been adding organizations to the list ever since. However, over half the selected companies were not listed on a stock market. Therefore, Torreya developed an approach to use publicly-traded company multiples to impute the values of private, unlisted companies.

In order for a company to be included in Torreya’s dataset, it had to be primarily focused on the production and marketing of ethical pharmaceutical products. The report excluded over-the-counter or OTC companies, pharmaceutical distributors, pure play manufacturers and API players from the ranking.

Torreya’s report highlights that pharma is the world’s third largest industry after finance and E-commerce, based on comparisons of the aggregate value of the publicly-traded components of all major industries.

Torreya estimates the total global revenues of the ethical pharmaceutical sector at US$ 1.24 trillion for 2020. However, in value terms, the sector is estimated at US$ 6.65 trillion — marking a three-fold increase since 2003. Of this US$ 6.65 trillion, US$ 5.65 trillion is associated with publicly-traded companies.

Furthermore, the market capitalization of the 35 highest valued pharma organizations has more than doubled in nine years — from US$ 1.6 trillion in 2011 to US$ 3.6 trillion in 2020.

According to the report, the pharmaceutical sector has democratized since 2003. While large pharma has grown, other parts of the industry have grown even faster. The fastest growth areas include China pharma, branded pharma, animal health and biotechnology.

The top five spots in branded pharma are taken up by Roche, Janssen (J&J), Pfizer, Abbvie and Merck. The number of companies focused on biologics in the Pharma 1000 has also risen modestly, but their value share has risen massively in the last 17 years. This reflects the rising importance of specialty medicines in the marketplace.

The big growth areas have been biologics, blood products and vaccines. New areas like gene therapy and nucleic acids have also grown very fast but are comparatively still quite small. Additionally, the top five countries for the pharma sector are the US, China, Switzerland, Japan, and the UK, with more than half of the industry’s value found in the US and China alone.

The report claims that the top nine regions for biotech include the Bay Area, Boston, San Diego, New York, Denmark, Rhine Region, Jiangsu Province, South Korea, and Washington DC, in that order. Of the nine, a third of the sector’s value is in the Bay Area and Boston. Some other key insights include that over half of the value of the biotech sector resides in the United States, followed by China.

Furthermore, 38 percent of all value is associated with novel treatments for oncology. Rare disease and central nervous system (CNS) companies account for another 25 percent of value. Taken together with hematology and virology, the top five therapeutic areas account for more than two-thirds of all biotech valuations.

The Torreya report explores hundreds of impressive value creation stories in pharma. It shortlists five leading examples of extraordinary value creation in the industry. Johnson & Johnson, which created more than US$ 240 billion in value since 2003, became the ‘global value champion’ in the ‘Big Pharma’ category. Similarly, Vertex in 'branded pharma’, Hengrui Pharma in ‘China’, Sun Pharma in ‘generics’, and Royalty Pharma in the ‘niche sector’ category emerged as global value champions.


The emerging role of private equity

Torreya’s report comments on how private equity (PE) investors are playing an increasingly important role in the biopharmaceutical industry with royalty investing at its highest ever and an estimated US$ 15 billion in recent fund-raising for royalty investment strategies.

In their list of the 10 most active PE investors in commercial pharma, depending on deal count, Eight Roads and Avista emerged as the top investors and Royalty Pharma, Adimab and Halozyme emerged as top receivers.

The report states that if the pharma sector were a country, it would be ranked number 15 in the world, ahead of the GDP of Mexico, Indonesia, Sweden, or Poland. While such comparisons may be open for discussion, there is no denying the fact that the sector is a large and growing part of the global economy. Given that the market capitalization of most successful pharma companies is only likely to grow with the rise in disease burden across the world, we see the sector as growing only bigger in size, both in terms of revenues and value.

Image Credit : Top-1000-Global-Pharmaceutical-Companies-in-2020 by PharmaCompass is licensed under CC BY 2.0