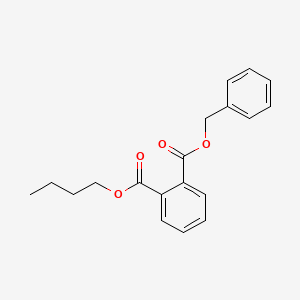 An agent that causes the production of physical defects in the developing embryo. (See all compounds classified as Teratogens.)

This study examined the extent of dermal absorption of a series of phthalate diesters in the rat. Those tested were dimethyl, diethyl, dibutyl, diisobutyl, dihexyl, di(2-ethylhexyl), diisodecyl, and benzyl butyl phthalate. Hair from a skin area (1.3 cm in diameter) on the back of male F344 rats was clipped, the 14C-phthalate diester was applied in a dose of 157 umol/kg, and the area of application was covered with a perforated cap. The rat was restrained and housed for 7 days in a metabolic cage that allowed separate collection of urine and feces. Urine and feces were collected every 24 hr, and the amount of carbon-14 excreted was taken as an index of the percutaneous absorption. At 24 hr, diethyl phthalate showed the greatest excretion (26%). As the length of the alkyl side chain increased, the amount of carbon-14 excreted in the first 24 hr decreased significantly. The cumulative percentage dose excreted in 7 days was greatest for diethyl, dibutyl, and diisobutyl phthalate, about 50-60% of the applied 14C; and intermediate (20-40%) for dimethyl, benzyl butyl, and dihexyl phthalate. Urine was the major route of excretion of all phthalate diesters except for diisodecyl phthalate. This compound was poorly absorbed and showed almost no urinary excretion. After 7 days, the percentage dose for each phthalate that remained in the body was minimal and showed no specific tissue distribution. Most of the unexcreted dose remained in the area of application. These data show that the structure of the phthalate diester determines the degree of dermal absorption. Absorption maximized with diethyl phthalate and then decreased significantly as the alkyl side chain length increased. PubMed Abstract

Male Fischer 344 rats received a single dermal application of 30-40 mg/kg (5-8 mg/sq cm) of 14C-BBP on their backs. The BBP was applied in ethanol. 'The site was clipped of hair prior to application and covered with a perforated cap after treatment. The rats were restrained and housed for 7 days in metabolic cages to collect urine and feces. About 30% of the dose was excreted in the urine and feces within 7 days. About 45% of the dose remained at the application site.

After dermal application of 157 umol/kg bw (about 49 mg/kg bw) (ring-(14)C)butyl benzyl phthalate to the shaved skin of male Fischer 344 rats, some 30% of the dose was excreted in the urine and feces within seven days; 45% of the dose was found in the skin at the application site, 6.3% in the plastic cap used to occlude the skin and 4.6% in muscle and <1% in other tissues.

In a recent study... , it was shown that people efficiently absorb ... and excrete BBP. Volunteers given an oral dose of BBP excrete approximately 75% of the dose in urine within 24 hours. ...

n-Butyl benzyl phthalate (BBP) ... has been orally administered to female Wistar rats with four doses (150, 475, 780 and 1500 mg/kg body weight/day) for 3 consecutive days. Metabolites recovered in urine were analyzed by gas chromatography-mass spectrometry (GC-MS) after 24, 48 and 72 hours. Six metabolites were identified. Mono-n-butyl phthalate (MBuP) and mono-n-benzyl phthalate (MBeP) represented respectively 29-34% and 7-12% of the total recovered metabolites. Hippuric acid, the main metabolite of benzoic acid, represented the second major metabolite (51-56%). Phthalic acid, benzoic acid and an omega-oxidized metabolite of MBuP were also recovered in urine but in small quantities. BBP was never identified in urine. Total urinary metabolites recovery represented 56% of the dose administered in the first 24 hours. However, total recovery decreased when the dose increases (43% at 780 mg/kg body weight/day, only 30% at 1500 mg/kg body weight/day). Whatever the time was, BBP metabolites recovered in urine were all present and in the same proportions for the two lowest doses. Discrepancy in metabolites quantities expressed as percentages of the dose observed in urine of rat treated with the highest BBP dose disappeared with time as MBuP, MBeP and hippuric acid recovery has significantly increased at day 3. ... PubMed Abstract

Examination of urinary metabolites of rats following oral administration of 3.6 mmol BBP/kg/day for 3 days indicated that approximately 70% of the metabolites were unconjugated monoesters, while the remainder was conjugated. A dose-dependent change in both the route of excretion and the ratio of certain metabolites was observed, with urinary excretion predominating at lower doses and fecal excretion observed at higher doses. It can be concluded that BBP is rapidly metabolized to monoester components. These components are either excreted directly or are conjugated and excreted.

People exposed to BzBP will excrete mono-benzyl phthalate (MBzP) and small amounts of mono-n-butyl phthalate in their urine. High dose BzBP and its monoester metabolites, including MBzP, can produce developmental and reproductive toxicity in rodents, particularly male animals...

Human biomonitoring studies measuring phthalate metabolites in urine have shown widespread exposure to phthalates in the general population. Diet is thought to be a principle route of exposure to many phthalates. Therefore, we studied urinary phthalate metabolite patterns over a period of strict fasting and additionally recorded personal activity patterns with a diary to investigate non-dietary routes of exposure. Five individuals (3 female, 2 male, 27-47 years of age) fasted on glass-bottled water only over a 48-h period. All urine void events were captured in full, and measured for metabolites of the high molecular weight (HMW) di-(2-ethylhexyl) phthalate (DEHP), di-isononyl phthalate (DINP) and di-isodecyl phthalate (DiDP), and the low molecular weight (LMW) di-n-butyl phthalate (DnBP), di-iso-butyl phthalate (DiBP), butylbenzyl phthalate (BBzP), dimethyl phthalate (DMP), and diethyl phthalate (DEP). In all, 21 metabolites were measured in a total of 118 urine events, including events before and after the fasting period. At the onset of the study all phthalate metabolite concentrations were consistent with levels found in previous general population studies. Metabolites of the HMW phthalates (DEHP, DiNP and DiDP) showed a rapid decline to levels 5-10 times lower than initial levels within 24hr of the fast and remained low thereafter. After food consumption resumed, levels rose again. By contrast, metabolites of the LMW phthalates including DMP, DEP, BBzP, DnBP and DiBP showed a cyclical pattern of rising and declining concentrations suggestive of ongoing non-food exposures. Furthermore, metabolites of most of the LMW phthalates (BBzP, DnBP and DiBP) tracked each other remarkably well, suggesting concurrent exposures. Diary entries could not help explain exposure sources for these phthalates, with one exception: rises in MEP concentrations around males' showers suggest personal care products as a major source of DEP. Exposure to HMW phthalates in this cohort appears to be driven by dietary intake, while non-dietary routes such as use of personal care products and ubiquitous sources including dust and indoor air appear to explain exposure to LMW phthalates. PubMed Abstract

The half-life of BBP in blood is 10 min following an oral administration of 5 g/kg to dogs. 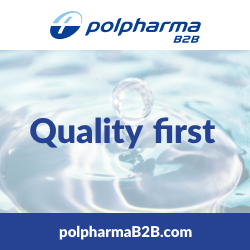