Tricky balance: Why a change in US drug pricing policy will create a tectonic shift globally 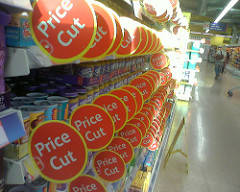 American hedge fund manager and co-founder of Turing Pharmaceuticals Matrin Shekreli’s decision to increase the price of an old, off-patent, AIDS treatment from US $ 13.60 per tablet to US $ 750 overnight, has created a media outrage. While New York Times covered the price increase, Hillary Clinton’s tweet accusing drug companies of “price gouging” sent biotech stocks tumbling. All this  happened two weeks after Presidential candidate Bernie Sanders introduced legislation in the Senate to crack down, on what he believes, are "skyrocketing" increases in prescription drug prices.

In a recent poll, nearly three-quarters of Americans polled that “the cost of prescription drugs is unreasonable”. They have a valid point, as data provided by the International Federation of Health Plans on drug prices across countries in 2013 showed remarkable variations in the price of the same drugs (refer table below). The prices in the US were significantly higher than those in other developed countries.

Table: Drugs are the costliest in the US

Shekreli’s price increase of Daraprim from US $ 13.50 to US $ 750 isn’t his first attempt at trying to develop a business strategy by buying old neglected drugs and turning them into high-priced ‘specialty’ drugs.

Prior to becoming CEO of Turing Pharmaceuticals, Shekreli was heading Retrophin, which bought the marketing rights for a drug called Thiola from a small company in Texas called Mission Pharmacal.


Retrophin increased the price of Thiola from US $ 1.50 per pill to over US $ 30 per pill in a fashion similar to what was done in the case of Daraprim. In fact, when Retrophin bought the drug, the company had stated that its first move would be to raise the price.

Shekreli isn’t the only one who’s jacking up prices. Horizon Pharma PLC upped the price of Vimovo pain tablets after buying the rights from AstraZeneca in late-2013. On January 1, 2014, the first day it started selling Vimovo, Horizon raised the list price for 60 tablets to US $ 959.04 – a 597 percent increase. Horizon raised the price again on January 1, 2015 to US $ 1,678.32 for the tablets.

However, Canada’s Valeant Pharmaceuticals wins the price-increase race. The CEO of Valeant, who said he “has a duty towards his shareholders”, is taking his responsibility so seriously that 80 percent of the additional sourcing costs experienced by the Cleveland Clinic is attributed to Valeant’s price increases.

Products like Glumetza, rights to which Valeant obtained through the acquisition of Salix Pharmaceuticals, have undergone a monthly price increase from US $ 519.92 to US $ 4,643. Two other drugs that Valeant acquired earlier this year – Isuprel  and Nitropress – also made headlines when their prices were increased by 525 percent and 212 percent respectively.

The importance of the US market

Price disparity between the United States and other markets is something that has existed for several years. In fact, most of the proposals made by politicians, which include negotiating power for Medicare (America’s national social health insurance program), are not new.

Pfizer’s CEO, Ian Read, for one sees no “real future” in the new measures. Even “President Obama wanted to give such powers to Medicare, but couldn't push the change through Congress…even when they controlled both houses of parliament recently,” he said.

However, the impact of a change in the US policy could create a tectonic shift in the pharmaceutical industry.

After all, North America (United States and Canada) contributes more than 40 percent to the global pharmaceutical industry. And patented drugs contribute 71 percent to the overall US spend on medicines.

Any change in policy that would reduce pricing power in the United States would be felt – directly or indirectly – by the other prescriptions dispensed across the world.

With Europe slowing, a shift in the US policy would make emerging markets, especially Asia, the biggest priority for the pharmaceutical industry. Not only is the growth rate expected to be significantly higher in “pharmerging” countries (another term for developing countries where the use of pharmaceuticals is growing rapidly, such as China, Brazil, India, Russia and 17 other nations including Mexico, Turkey and Poland), but the patient population is also substantially more than the developed world.

The big question is: What will happen first – price control in the US or an all-out wager to develop sales in the ‘pharmerging’ regions?

Image Credit : Tesco Price Cut by Craig Murphy is licensed under CC BY 2.0