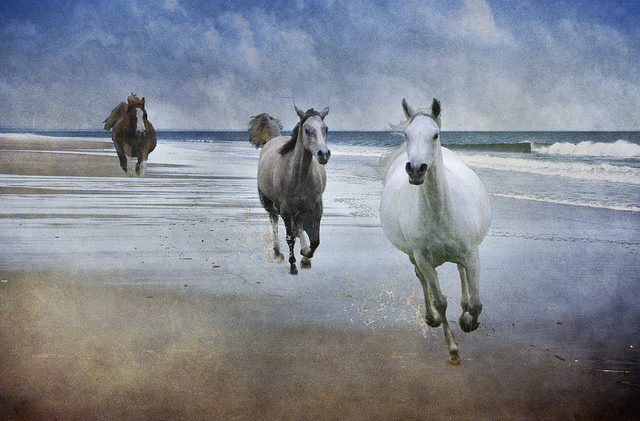 This week, Phispers brings you news on how a federal judge in the US revoked ‘pharma bro’ Martin Shkreli’s bail due to his misconduct on Facebook. Roche, the world leader in oncology treatments, has to contend with more competition from biosimilars, as Amgen and Allergan’s Avastin copy bags USFDA approval. China’s Fosun Pharma tweaked its Gland Pharma buyout deal in order to avoid a review by the Indian government. And, Teva starts selling assets to reduce its debt burden.

Martin Shkreli, former CEO of Turing Pharmaceutical, an entrepreneur and the founder of several hedge funds, was sent to jail last week, not for the financial frauds or for raising the sticker price of a life-saving drug (Daraprim) by 5,000 percent in 2015, but for offering US$ 5,000 for a strand of Hillary Clinton’s hair. The federal judge revoked his bail due to this misconduct on social media.

Shkreli has been on a US$ 5 million bail, even as he is awaiting sentencing. He made two Facebook posts offering cash to anyone who could “grab a hair” from Clinton during her book tour. Shkreli has branded himself as one of social media’s ‘most notorious trolls’.

At the hearing in Brooklyn, the judge said Shkreli’s post could be perceived as a threat. And now, Shkreli (34), who called his post satire, is cooling his heels at the Metropolitan Detention Centre in Brooklyn.

Last month, Shkreli was convicted in three out of eight charges, including securities fraud. He was scheduled to be sentenced on January 16. Unless his lawyers prove he poses no threat to the community, Shkreli is not likely to be released from jail.

Shanghai Fosun Pharmaceutical Group has reduced the amount of stake it wishes to buy into Indian drugmaker Gland Pharma from 86 percent to 74 percent, in order to avoid a review by the Indian government. This way, Fosun is potentially resurrecting a transaction that had been on hold for over a year.

Backed by Chinese billionaire Guo Guangchang, Fosun Pharma will now buy 74 percent stake in Gland for US$ 1.09 billion, Fosun said in a statement to the stock exchanges.

In June 2016, the Indian government had changed regulations pertaining to foreign direct investment (FDI) in existing pharmaceutical firms through the automatic route. Under the new rules, FDI involving more than 74 percent stake now requires an approval by the Indian government.

The previous move, to buy 86 percent stake in Gland, would have required an approval by the Cabinet Committee on Economic Affairs (CCEA). The proposal was not taken up by the CCEA and was subsequently put in cold storage during the Doklam tensions between India and China.

Hyderabad-based Gland specializes in injectable drugs such as antibiotics, oncology and cardiology treatments. Gland’s manufacturing facilities have been accepted by the US Food and Drug Administration (USFDA) and other regulatory agencies. The deal would give the Chinese firm access to Gland’s portfolio of generic injectable medicines and control of facilities to export to the US and other developed markets.

The original acquisition offer (for 86 percent stake) valued Gland at about US$ 1.35 billion. The firm has also delayed the closing date for the deal to October 3, from September 26.

This week, Pfizer filed a lawsuit against Johnson & Johnson (J&J), alleging that J&J's contracts with health insurers for its blockbuster rheumatoid arthritis drug, Remicade, were anticompetitive and blocked sales of Pfizer’s newly-approved biosimilar (known as Inflectra).

According to Pfizer, J&J has signed exclusionary contracts with health insurers, hospitals and doctor groups which exclude Pfizer’s Inflectra from insurance coverage.

In the first quarter of 2017, J&J’s chief financial officer had mentioned that they saw “very little impact” from biosimilar competition to Remicade in the US.

Roche, the world’s biggest maker of oncology treatments, also has more biosimilars to contend with. In the US, the FDA gave its nod to Mvasi (bevacizumab-awwb) as a biosimilar to Avastin (bevacizumab) for the treatment of multiple types of cancer. Mvasi is the first anti-cancer biosimilar approved by the USFDA.

Amgen and Allergan’s bevacizumab biosimilar is also undergoing review by the European Medicines Agency (EMA). The companies are collaborating on the development and commercialization of four oncology biosimilars.

Roche received another blow last week, when the EMA’s Committee for Medicinal Products for Human Use recommended the approval of Samsung’s Herceptin-referencing biosimilar Ontruzant. It is the first biosimilar copy of Herceptin to obtain such a backing in Europe.

In June this year, the European Commission had approved Rixathon — a biosimilar for Roche’s MabThera (or Rituximab, a drug for blood cancer).

These approvals are expected to herald in a gradual erosion in sales of patented cancer drugs. Rituximab, Herceptin and Avastin together had 2016 revenue of US$ 21.8 billion. But their combined sales are expected to fall more than 40 percent by 2022, says a forecast compiled by Thomson Reuters.

Roche needs to offset this ‘anticipated’ drop in sales by making a success of its new cancer drugs, such as Perjeta, Gazyva and Tecentriq.

Biosimilars (medicines that are highly similar to the original drug) offer a route to more affordable cancer care at a time when the price of modern therapies to fight tumors is going through the roof.

Last week, there was finally some good news from Teva Pharmaceutical Industries, when it announced the name of Kare Schultz as its new CEO. Soon after that, the Israeli drugmaker announced it has sold its Paragard intrauterine copper contraceptive to CooperSurgical for US$ 1.1 billion in cash in order to bring down its debt load.

Teva also agreed to sell its Plan B One-Step and its brands of emergency contraception to Foundation Consumer Healthcare for US$ 675 million in cash. Combined annual net sales of these products were US$ 140 million last year.

However, even after these sales, Teva will continue to remain highly indebted. Last year, Teva had purchased Allergan’s generic unit for US$ 40.5 billion, taking its debt load to US$ 35 billion. Teva is actively pursuing divestitures and expects to garner at least $2 billion in total asset sales for the year.

The USFDA Commissioner Scott Gottlieb said the agency is working on a new policy that would encourage more compounding pharmacies to register under a law enacted in the wake of a deadly 2012 meningitis outbreak linked to one such company.

The traditional role of compounding pharmacies is to make drugs prescribed by doctors for specific patients with needs that can’t be met by commercially available drugs. Back in 2012, a compounding pharmacy known as the New England Compounding Center (NECC) had triggered a meningitis outbreak by using contaminated steroids. NECC is now defunct. But prosecutors are preparing for the second criminal trial over contaminated steroids manufactured by NECC. Glenn Chin, a former supervisory pharmacist at NECC, is facing trial this week for second-degree murder and fraud. He has pleaded not guilty.

The 2012 meningitis outbreak had affected 778 patients across the US, out of which 76 had died after receiving contaminated steroids.

After the outbreak, the US had passed the Drug Quality and Security Act in 2013, which aimed to bring more compounding pharmacies under the FDA (rather than under the state pharmacy boards).

The law created a category of “outsourcing facilities” that could register with the FDA, allowing them to sell products in bulk to hospitals and physician practices without prescriptions for individual patients. Today, around 70 firms have registered as outsourcing facilities.

According to the American Pharmacists Association, there are about 7,500 pharmacies that specialize in compounding services. Gottlieb said in order to encourage more compounders to register, the FDA would release draft guidance in the next two months.

The USFDA has approved British pharma giant GlaxoSmithKline’s three-in-one inhaler — Trelegy Ellipta — for chronic obstructive pulmonary disease (COPD). This is a key new product for GSK as it strives to keep its lead in respiratory medicine, despite falling sales of Advair (an asthma and COPD treatment).

Trelegy Ellipta is the first once-daily triple medicine for COPD. The inhaler puts GSK ahead of rivals such as AstraZeneca and Novartis. GSK developed this inhaler along with Innoviva, an American drug company.

Last week, the inhaler, also won a recommendation for approval from the EMA.

GSK’s CEO Emma Walmsley sees Trelegy Ellipta as one of three “critical” launches that would fill in the revenue gap left by the sagging sales of Advair, which is expected to face generic competition in the US sometime next year. Walmsley’s other two key new products are Shingrix, a shingles vaccine that was unanimously recommended for approval by a USFDA advisory panel last week, and a novel dual-drug regimen for HIV.

Image Credit : Fun Run by liz west is licensed under CC BY 2.0